Recreation Field. -  In January of 1925 William B. Isham Jr. presented the town with a nine-acre parcel of land located on Library Avenue, to be used for a public playground and park.  The deed specified that the area would be used in perpetuity by the town for the stated uses.  If at any time part or all of the property was allocated for any other use or purpose, the land would revert to the Trustees of Richards Library.  Also, the town was required to raise enough money to provide proper equipment and maintenance to carry out the intended purposes.  Soon thereafter, $3,000 was appropriated by the Town Board for equipping and maintaining the Recreation Field.  By June 1925 grading work for Isham Memorial Park was finished and by December the first stage of the work was completed.  Park Commissioners Frank Bisbee, William Quinlan and Charles F. Burhans reported total expenditures of $2,470.62.  Over 10,000 cubic yards of soil was moved from the back of the lot to the southwest corner to provide a level plateau measuring 375 feet by 305 feet.  Major contributors in the construction of the park were Rex Stone, King Gillingham, H. D. Archer, George Ells-worth, A. T. Crandall, D. E. Pasco and the Schroon River Pulp and Paper Co.  Over the years the town installed tennis courts and built a pavilion.  For a time a nine-hole golf course was created, all available free to the public.

Airplane Spotters, formally known as aircraft observers, were organized in April 1942 to detect enemy aircraft during World War II.  Fear that Germany would send bombers to this country via Canada prompted this nation-wide effort.  Observation posts were originally located at the Tyrrell farm in North Caldwell and at the James Burch property in Athol, set up under directions from a signal corps officer in charge of the ground observation platoon of the United States Army.  Both men and women were encouraged to volunteer for 2-hour shifts, round-the-clock.  Roy Randall of the American Legion was in charge of volunteers.  By July 1942 an observation tower had been constructed atop the barn on the Town's recreation field.  (This building, minus the observation tower) is currently used by the Town Parks and Recreation Dept.)  The observation room, constructed by Elbridge Pratt, had glass on all four sides and a catwalk outside.  It was reached by a winding stairway.  Lights and the essential telephone were installed, along with heat.  (Those who had served remembered it could still be very cold, but a decided improvement over the tents that previously served as shelter.) 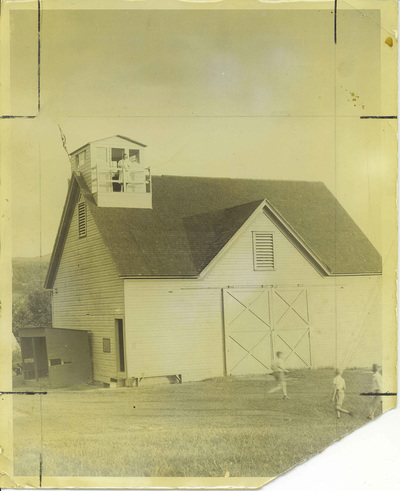 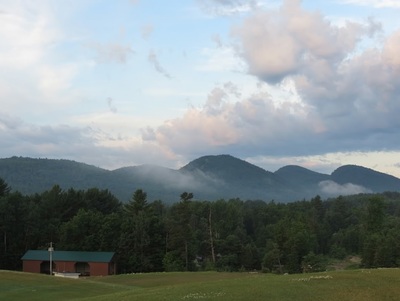 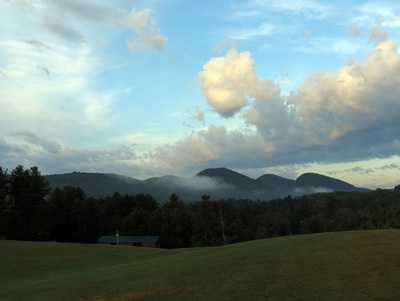 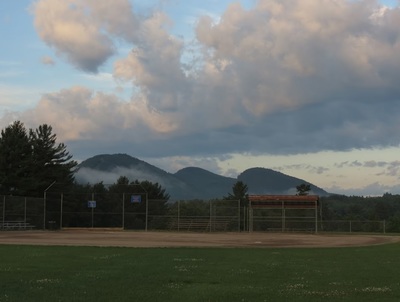 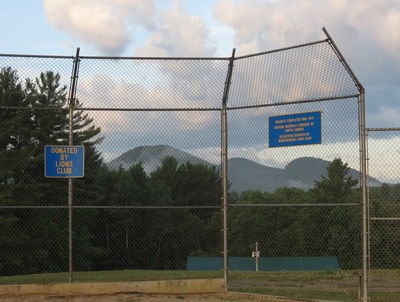 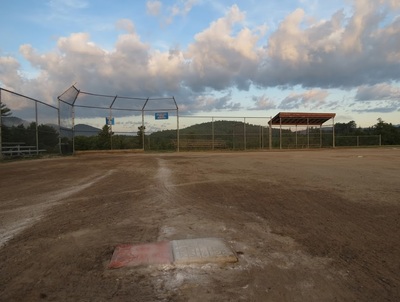 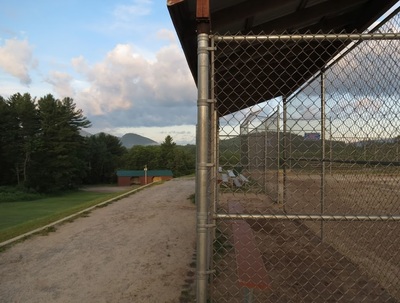 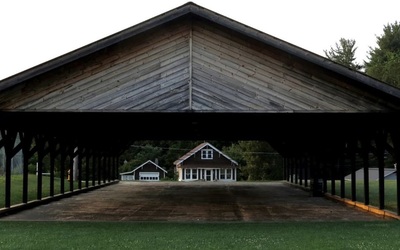