The Woolen Mill Bridge was originally constructed  in the late-nineteenth century as a railroad or trolley bridge.  It was moved  to this location  in 1903.  It is a  highly  intact  and  significant  resource  reflecting  the  important  role  transportation  played  in  the  historic development  of the hamlet.  It is an intact and contributing example of the through  Pratt truss design, constructed  by Croton  Bridge Manufacturers. 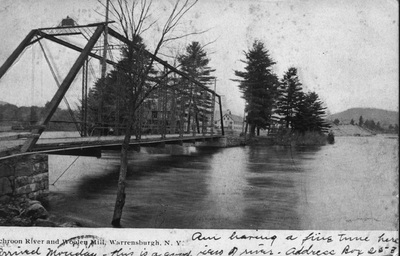 The Woolen Mill/Milton Street Bridge over the Schroon River, connecting Milton Street to River Street was constructed circa 1895 by the Groton Bridge Company.  It previously served as a trolley bridge in a different location.  Transported to Warrensburg in sections, it replaced an 1876 bridge.  In 1946 an overloaded pulp truck caused great damage to the wooden deck, closing it for repairs.  Later, in 1969 a steel deck was installed replacing the wooden one.  In April, 2008 the bridge was closed due to a collapsing abutment, never to be used again.  Targeted by Warren County for replacement, the bridge was removed April. 2010 and a new double-lane bridge opened July 11, 2011.  The two plaques on the previous bridge showing the builder and the town officials of Warrensburg were saved.  One is at the Farmers' Market Park on River Street, facing the new bridge, and the other is at the Warrensburgh Museum. 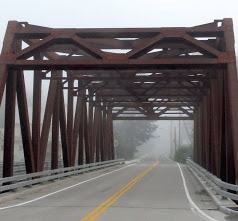 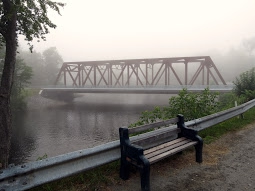 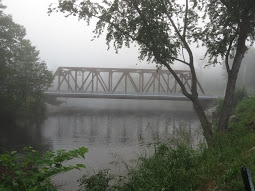 The Merrill MaGee Hous-e is significant for its architecture and for its historical association with one of Warrensburg’s most prominent families for nearly 150 years.    Consisting of a frame, vernacular Greek Revival style farmhouse of the 1830's, a monumental Greek Revival style addition of ca. 1855, and a rear wing built
in 181-5-    and moved to the property in 1912,•the Merrill
M Gee House reflects the prosperity and architectural taste of a
local entrepreneurial family and is the best preserved example
of early/mid-nineteenth century vernacular residential design
extant in the village of Warrensburg,    Six historic outbuildings,
a swimming pool, and landscaped grounds contribute to the property’s
significance.    •

The original house on the property was built in the early
1830's and acquired by Stephen Griffin II in 1838.    A leading industrial entrepreneur of the Warrensburg-Adirondack Region, Griffin owned and managed a series of tanneries, sawmills, and timber companies, achieving a reputation for his business acumen and personal integrity.    Stephen Griffin was also important for his civic career,which included serving three terms as town supervisor, election to the New York State Assembly, and appointment as state agent for timber lands in Warren and Hamilton Counties.    His •vernacular Greek Revival style residence is significant as a reflection of regional architectural trends during the formative years of Griffin’s career in Warrensburg. With its half-story windows, broadporch, and finely crafted interior details, the house represents the typical middle-class residence of its region and period.

As Griffin’s industrial enterprises succeeded and his wealth accrued, the family built a large and imposing addition to the existing residence,    With its monumental street facade consisting of a giant portico and classical pilasters, the ca. 1855 addition turned the residence into the most stylish mid-nineteenth century structure in Warrensburg.    It remains an outstanding and rare regional example of monumental Greek Revival residential architecture.