This contributing and intact, c.1865 commercial building (historically  known as “The Wills Block”) clearly recalls  the mid-nineteenth century commercial  development  of the hamlet.   The building is comprised  of a wood frame section and a stone section,  both with 2/2 sash, flat roof with bracketed parapet and recessed storefront entrances.   The property also contains a contributing outbuilding.
The Grand Army of the Republic (G.A.R.) was a veterans’ organization composed of Civil War soldiers who fought for the Union.  It was organized in 1866 in Decatur, Illinois and was dissolved, nationally, in 1956 when the last surviving veteran passed away.  The Warrensburg branch, George Byron Charette Post 558 was chartered on June 10, 1885.  It was founded by Capt. Myron Nelson Dickinson who served as Commander for 14 years.  It was named in honor of George Byron Charette who served in Company E of the 22nd New York State Volunteers during the Civil War and died on September 13, 1862 as a result of wounds suffered in the Second Battle of Bull Run.  In the early years, the Charette Post met twice a month in the Wills Block. Other known members of the Post included Charles Pier, Henry Gates, Samuel Galusha, Walter Pasco, Thomas Crandall, George Woodward, Mark Powers, and James Hammond.  The Post was most noted for its performing band, said to be in the same mold as the Citizens' Band, or The Cadets.

Abial B. Stackhouse, seventh child of Charles and Sarah (Twiss) Stackhouse and great-nephew of Samuel N. Stackhouse, was born in Johnsburg in 1859.  He learned the watchmaker's and jeweler's trade with M. A. Morehouse in Wevertown  and eventually moved to Warrensburg in 1893, where he established a jewelry store in the Wills Block and later in the Aldrich-Soper Block.  He married Cora Farrar, daughter of Hartwell Farrar, in 1896.  He was a member of the Masonic and Odd Fellows lodges. He died in 1908.
The National Express Company was like a modern FedEx, providing carrier services as well as money orders.  It would transport goods between towns and other locations and was present in Warrensburg from the 1890s until around 1920.  The Warrensburg headquarters was at various locations including the Wills Block, the Woodward Block, and the A. B. Stackhouse Jewelry Store.  In 1909 it switched services from the D & H Railroad in Thurman to the Hudson Valley Railway (trolley line), Glens Falls, which terminated in Warrensburg.  Employees over the years included Capt. M. N. Dickinson, Edward Partridge, G. M. Boyd, George N. Lane, James Young, Joseph VanDyke, Emerson Broughton, I. W. Parks, Orange Underwood, Charles Underwood, Frank Pratt, and Henry Cameron.  Horses "Old Ned" and "Duke" were also long-term employees.

William H. Straight, born in 1853, moved to Warrensburgh at the age of 48.  He was employed for a few years in the grocery/hardware store of John W. Wills, having married Mr. Wills’ daughter Clara.  In 1894 he purchased the business and ran it for a period of seven years.  He sold the business back to Mr. Wills and entered the livery business, changing over to a taxi enterprise with the coming of automobiles.  He was Overseer of the Poor for several terms and a member and treasurer of Odd Fellows Lodge No. 488.  He died in 1939 and his youngest son John Straight took over the taxi business.

John W. Wills was a lifelong resident of Warrensburgh.  Early census records list him as a blacksmith, a trade learned from his father, Aaron Wills.  Around 1881 he started a grocery/hardware store on lower Hudson Street, which also had a livery/blacksmith shop.  The building, half stone, half wood frame still exists at 5 and 7 Hudson Street.  Part of his time in business was spent with his son-in-law, William Straight.  He also leased the Thurman stage in 1899 and rented space to Western Union.  Wills served the town as Overseer of the Poor and Highway Commissioner.  He also served as a trustee of the Warrensburgh Academy and Steward of the Methodist Church.  He married Ellen F. Stockton in 1861 and they had one daughter, Clara, born in 1863. 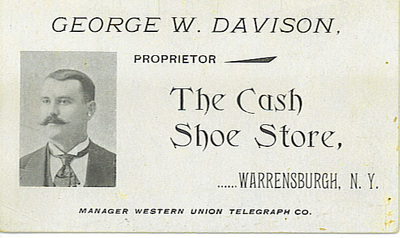 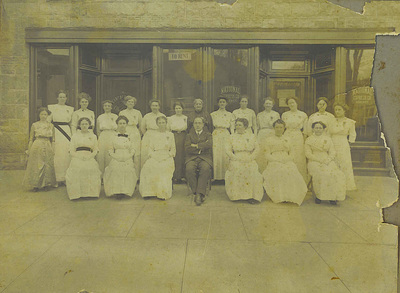 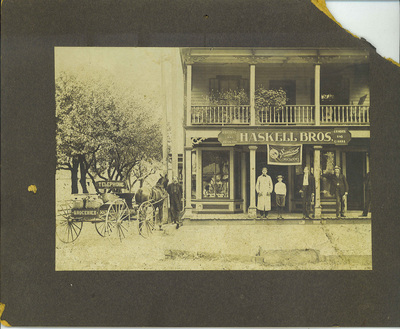 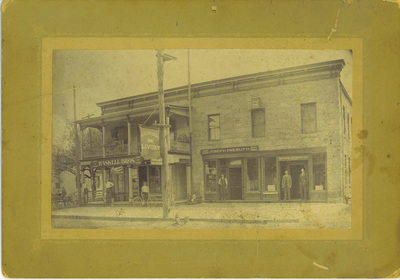 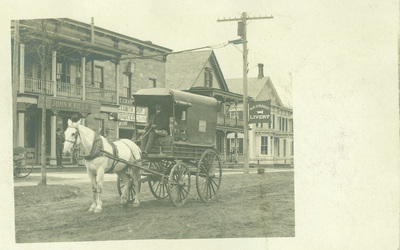 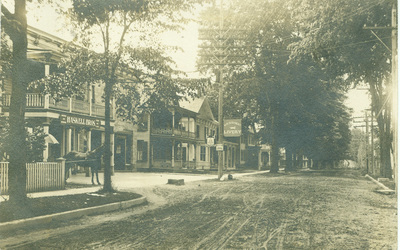